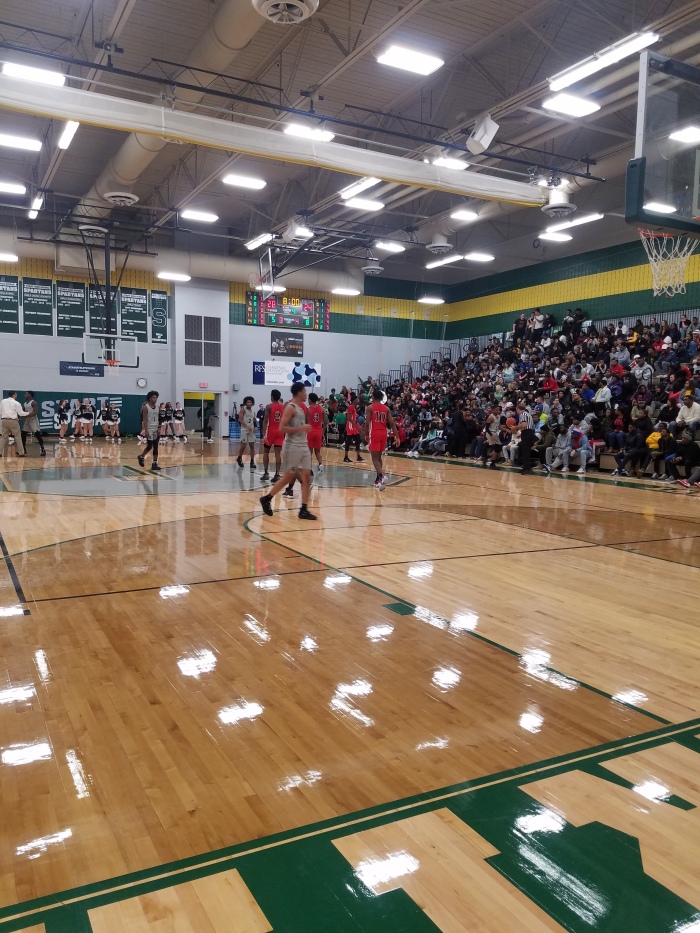 In front of a sold out gymnasium at Start High School, the Rogers Rams came in and got a huge win in an early Toledo City League showdown, by a final score of 44-33. Here is who stood out on Friday night:

2021 G Stephen Coleman (Rogers) – He was active throughout the night but really struggled to score the basketball until the final quarter, where he was huge in ‘winning time,’ scoring 8 of his 10 points. Crashed the glass hard, fought through some adversity, and brought energy when his team needed it most. Was well positioned defensively through much of the night, using his length and quick burst to alter shots, and make the offense work for everything they got.

2021 F Jamiya Neal (Rogers) – While he remained fairly quiet finishing with 10 points, it seemed like every bucket he scored was huge and in a big spot. Remained composed and grounded in a highly contested game, which clearly impacted his teammates in a positive manner. Brought some swagger, competed on the defensive end of the floor, and did a nice job of spreading the ball around and not settling for bad shots. The Rams probably don’t win this game without his play down the stretch.

2020 G Tavaz Showers (Start) – Provided his team with great confidence all night long, kept his emotions in check, wasn’t afraid of the moment, and wanted the ball in his hands when it mattered most. Was the only consistent threat offensively for his team on this night. Heady, dug in defensively. Good night from him, even in the loss. Finished with 10 points.

2020 G/F Dashad Floyd (Start) – Floyd was the rock and catalyst for much of what Start was able to do on either end of the floor. He brought it on every trip down the floor with relentless effort, got multiple buckets from hustle plays, and was his team’s emotional leader.

2020 PG Ketaan Wyatt (Rogers) – Hampered with an injury from their game in Columbus the week prior, Wyatt delivered a tough and gritty performance in the victory for his team. Tremendous with the ball in his hands, created off the bounce, and managed the game well. Has become one of the better defenders around and proved it once again in this game, taking charges, understanding position, and creating 5-second calls. Left a couple easy ones at the rim that he wasn’t quite able to finish, but offered a big time performance otherwise. His leadership and communication was contagious.