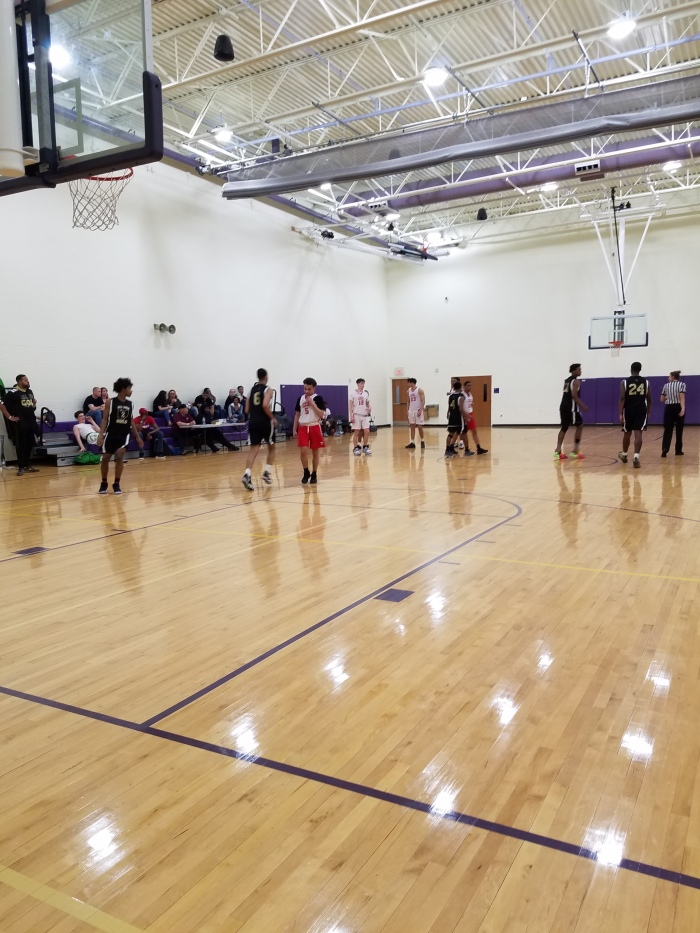 On the first official weekend of the AAU season, teams from across the state congregated in suburban Columbus for the All-Ohio Nike Cup. Included among those teams were a number of squads from Northwest Ohio, evaluations of some of the talents from those teams are below:

2020 PG Jonzell Norrils (Toledo Central Catholic/All-Ohio Gold) – Loved what I saw from Norrils throughout the high school season and he’s carried it over into the AAU season. His court vision and ability to setup teammates is special. He plays at a high pace but under-control, and has as quick a first step as anyone around. Smart and heady with the ball in his hands. Really solid defensively, and has a thick build that he can use to bully opponents. Will have the option to play either basketball or football at the college level, already holding offers on the gridiron from Youngstown State and Air Force.

2021 G Feisal Crumby (Toledo St. Francis/All-Ohio Gold Kizer) – Not many did a better job of playing their best basketball down the stretch of the high school season than Crumby. While he is a bit undersized, his impact on the floor can’t be questioned. On Saturday, although he and his team struggled for long stretches, Crumby provided his team with fight and fire even when things weren’t going well. Can be a pesky defender and has a nose for the ball, but Crumby makes a name for himself with his ability to shoot the three ball, and did just that for his team throughout the day.

2020 F Da’Sean Nelson (Rogers/All-Ohio Gold) – His play on Saturday was special and on another level. Gifted with elite athletic ability and a tremendous build, Nelson has all the makings of a DI college basketball player in the future. On a team with plenty of other college basketball prospects, Nelson stood alone. He delivered rim rattling dunks, and some impressive denials at the rim all afternoon. Capable of knocking down jump shots with a nice looking shot, but that wasn’t necessary on this day. The young man has a ceiling that can only be described as ‘crazy.’

2021 F Frank Waganfeald (Oregon Clay/All-Ohio Gold Kizer) – When talking about some of the more talented big men in Northwest Ohio, Waganfeald’s name has to come up in conversation. He provides a strong, physical presence, and can clear space in the paint. Did a nice job of that on Saturday, while rebounding his area, and finishing at the rim.

2022 F Sean Craig (Sylvania Northview/All-Ohio Hopson Elite) – Was a key, but unheralded part of Northview’s successful high school season. Possesses really good length and size for his youthful age. Pretty fundamentally sound in the paint, and finishes routinely when he gets his hands on the ball. Reads his guards well on the floor and makes himself available for the catch. Can provide a sound, anchoring presence on the defensive end. Has the foundation to really be one of the better players around for years to come.

2020 F Domonique Cole (Toledo Central Catholic/All-Ohio Gold) – Cole put together one of the better outings I’ve seen from him of late on Saturday afternoon. Equipped with good footwork and a soft touch, he was efficient and effective in the paint, and displayed his ability to step out and knock down the outside shot as well. Big bodied, Cole can be a difference maker on the defensive end, altering shots, and cleaning the glass.

2022 G Nate Houston (Rogers/All-Ohio Hopson Elite) – Houston is undoubtedly one of the most talented guys in his class in Toledo, and showed why on Saturday for his Hopson Elite team. Has nice size from the guard position and takes advantage of it. Uses the dribble to create space and take his defender off the bounce and into the paint. Smooth, lefty stroke from three point range. Has plenty of room to continue to grow and develop, but the talent is certainly there.

2020 G Mason Loeffler (Evergreen) – The young man has a nice feel and a smoothness to his brand of basketball. One of the best scorers in NW Ohio, Loeffler probably doesn’t get the attention he deserves. Really fits in and can play with anyone, picks his spots, and does so efficiently. Has a really nice stroke and can shoot it from anywhere. Deceptively quick, provides a steadying presence out on the floor, contributes to winning basketball.