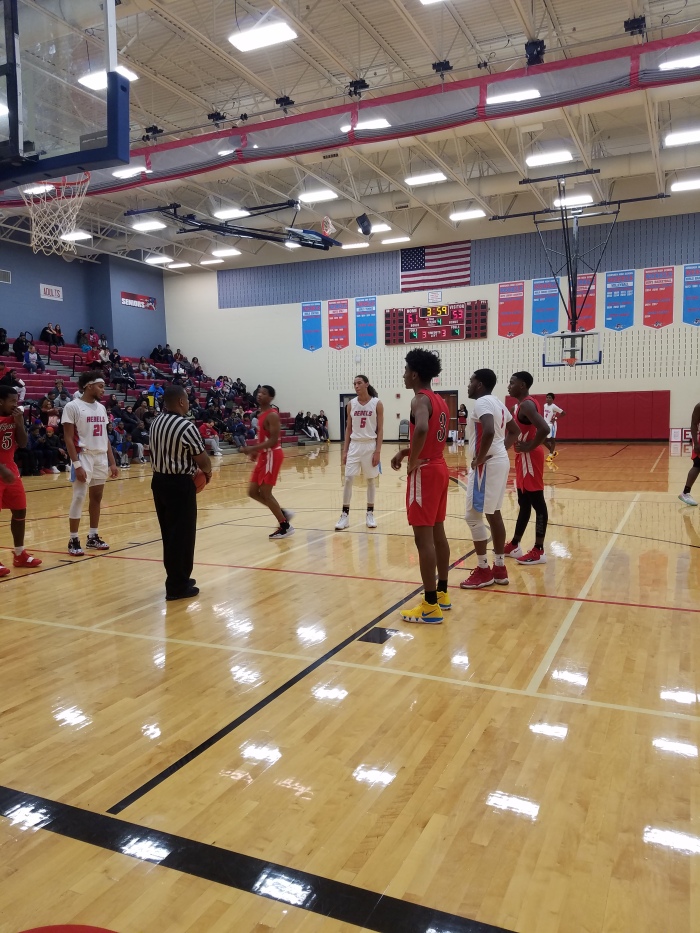 On Friday night the Rogers Rams traveled across town to play the Bowsher Rebels in Toledo City League action. While the records in this matchup aren’t what they have been for these respective teams in the past, this particularly game hasn’t disappointed often over the past decade, and this night wouldn’t be any different.

To begin the game Bowsher would come out with all of the energy and swagger to jump out to a quick lead. Junior guard Lamar Skipper would have a big hand in that effort, on his way to 7 points in the first period of action, as Bowsher would lead Rogers 16-9 after the 1st.

Bowsher would continue to control things in the first half, as their ability to share the ball and shoot it from the perimeter would stand out. They would get contributions from seniors Terrance Williams, Shawn Hoskins, and the aforementioned Lamar Skipper. They would lead Rogers, who continued to struggle, 42-20 at the half.

Rogers would shake things up to start the second half, implementing full court pressure and some frantic action on the defensive end. Bowsher would struggle with the adjustments, and Rogers would begin to creep back in this one. Junior guard Ketaan Wyatt would continue his tough and gritty effort on this night for Rogers, and they would trail Bowsher 44-55 after the 3rd.

The Rogers defensive intensity would continue to cause Bowsher fits, as Divontae Fitzpatrick and Wyatt led the way offensively in the comeback bid. The Bowsher lead would whittle down to five points late in the final period, but some key plays down the stretch, from Terrance Williams in particular, would help Bowsher hold on for the victory. They would defeat Rogers 70-60.