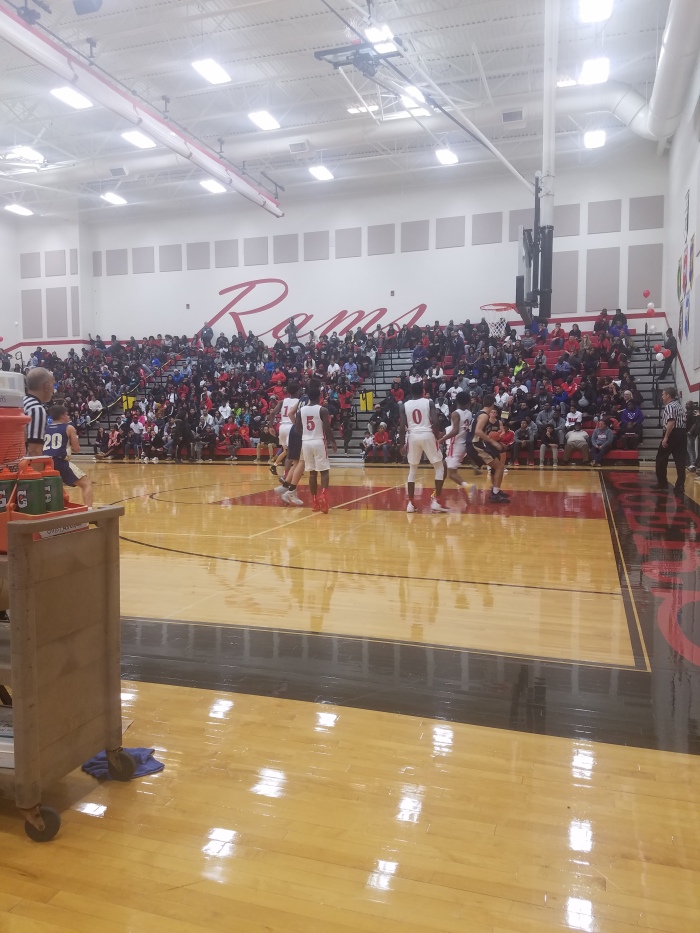 On Friday night Rogers High School played host to Toledo St. Johns as both programs opened up their 2018-2019 seasons.

Both teams entered the game having changed rosters either expected or unexpectedly due to transfer, graduation, and injuries. Among those is the transfer of junior guard Caleb Smith, who left Rogers at the end of the school year to head to St. Johns. He was in attendance but didn’t play in this one because of his having to sit out the first 11 games per OHSAA rules.

The game got off to an ugly start for both squads, as youth and inexperience certainly took over. Two teams who historically tend to put points on the board struggled to do so, resulting in a St. Johns lead of 9-7 after the 1st quarter. Their senior guard Payton Moyer by far has the most experience on the roster, and provided the bulk of the offense for them early in this one.

Erratic play and empty possessions would be had on multiple occasions throughout the 2nd quarter, but freshman guard Nate Houston would provide Rogers with a needed lift, and leave his mark on this contest with his ability to provide a steady, calming presence, as well as stretch the floor with his ability to shoot it. St. Johns would still cling to a lead at the halftime break though, holding a 22-19 advantage.

The pace of play would pick up in the 2nd half as is usually the case in games of this variety, and the standout pair of juniors for Rogers, Ketaan ‘Keewee’ Wyatt, and Da’Sean Nelson would both amp up their aggressiveness on both ends of the floor. Rogers would begin to mix things up on the defensive end, and give St. Johns problems with their length and athleticism. Rogers would lead St. Johns 31-27 after the 3rd, in large part because of contributions from Wyatt and Nelson.

The final quarter would be a back and forth affair, with St. Johns’ junior guard Dimitri Mitsopoulos making things happen on both ends for the Titans. His toughness and fire that contribute to his success on the football field would hold true on the hardwood on this night. A frantic finish would see Rogers take and keep the lead through the final minutes of play, as they would go on to defeat St. Johns by a final score of 47-38.

Da’Sean Nelson would lead Rogers with 13 points, followed by Ketaan Wyatt with 11 points, and Nate Houston with 9 points. Payton Moyer would lead St. Johns in the losing effort with a hard-earned 16 points.