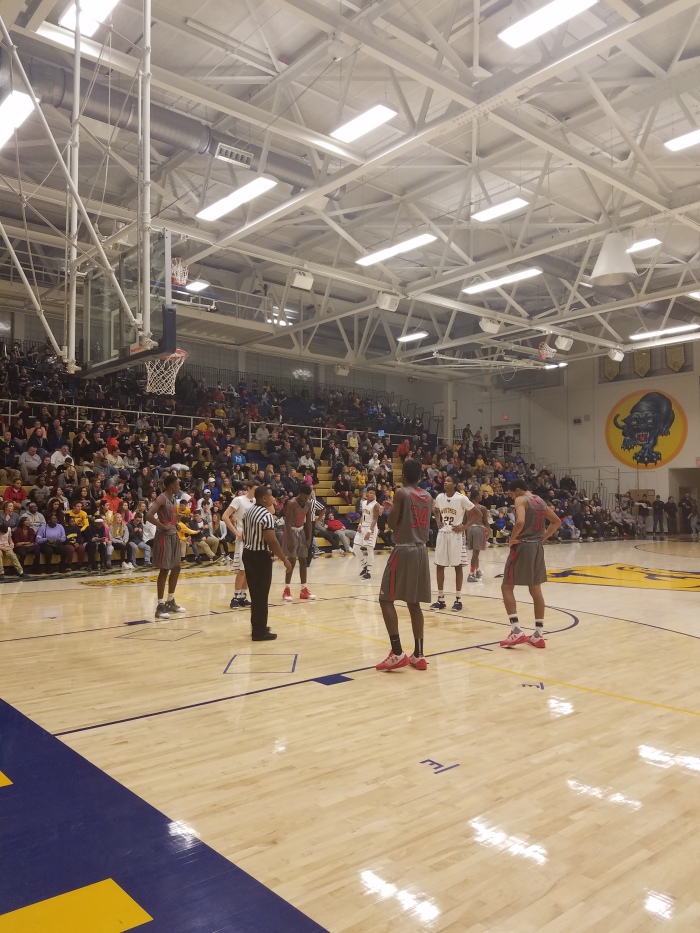 In a game pairing two of the better programs in the TRAC, it was Whitmer who would come out on top defeating Lima Senior 63-54, in front of an energized home crowd.

This game was highlighted by a matchup of talented guards in Lima’s senior guard Jarius Ward, and Whitmer’s senior guard Derrick Rayford Jr. Both play with energy, passion, and swagger, and the game would start off with just that as Rayford would lead the Whitmer charge early and often, getting the first 7 points for his team. Ward would do similar things for Lima, finishing the first quarter with 8 points of his own, as Lima Senior and Whitmer would be locked at 14-14.

Both offenses would struggle for much of the second period, credit to Lima Senior’s active and effective 1-3-1 zone defense and full court pressure. Most of the damage would be done in Lima’s offensive favor by junior point guard BJ Miller who got numerous big buckets to keep his team ahead. Heading into the half Lima Senior would hold a 26-18 advantage.

The scoring and the pace of the game would pick up to begin the second half as the nearly everyone got involved on either side in one way or another. Whitmer senior guard Avion Franklin began to get hot from the perimeter to pull his team closer, while teammate and football standout Nick Witcher controlled the paint. Ward, Jaleel King, and the aforementioned Miller would continue to pace Lima Senior and keep them ahead, 41-36 going into the final quarter of the game.

Derrick Rayford would get himself involved again offensively for Whitmer, and that combined with the continued offense from Avion Franklin would allow them to take the lead early in the fourth. Lima Senior’s offense would stall for much of the remaining game as they struggled to put the ball in the basket. Meanwhile, Rayford and Co. pushed the ball in transition, and iced the game at the foul line. Whitmer would secure a big conference win, 63-54, over the visiting Lima Senior Spartans.

Derrick Rayford Jr. would lead Whitmer and all scorers with 24 points, followed by Avion Franklin’s 16 points in the win. Lima Senior was led by Jarius Ward’s 17 points in the losing effort.